The Pinellas Park Public Library was started in December 1948 by Mrs. Madalya Fagan, the first president of the library association. It was a volunteer organization with a board and various committees. In 1963, the library became a city department. The very first library was in the old pump house called Triangle Park before moving to 5795 Park Boulevard. Ms. Harrop, the first librarian with a Master of Library Science degree, was hired in 1967 and a new library building was built in 1969. Redesigns and renovations took place in 1984 and 2001. In December 2013, the Pinellas Park City Council voted unanimously to rename the Pinellas Park Public Library in honor of the long time Library Director Barbara S. Ponce. The re-dedication ceremony took place on June 6, 2014. 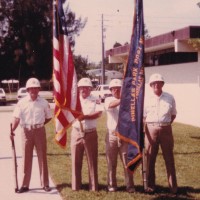